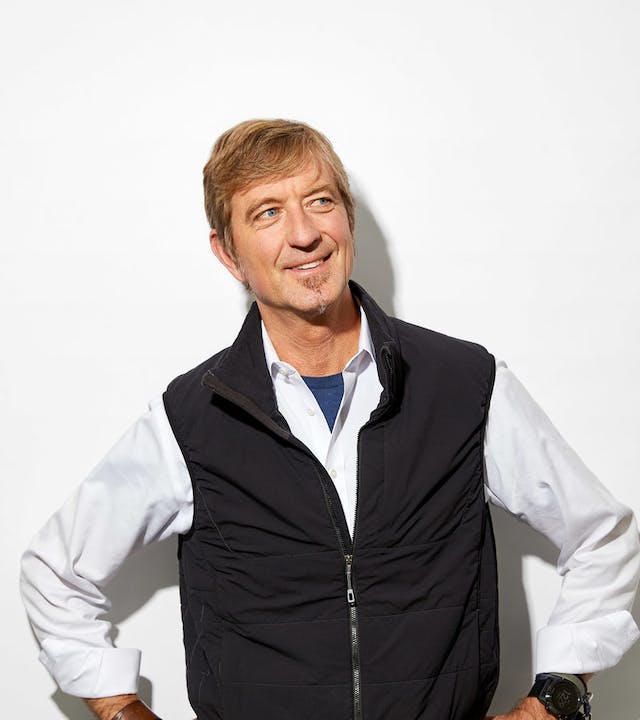 John Mendlein is an Executive Partner at Flagship Pioneering.

John joined Flagship in February 2019. A longtime member of Flagship’s broader ecosystem of companies, John is an experienced biotech leader and has served in numerous executive and board roles. At Flagship, John contributes to Flagship’s strategic and operational objectives, including the origination of new Flagship Labs companies. He also serves on the boards of Flagship’s companies and works with portfolio company CEOs and their teams to achieve the best attainable value for each organization.

Throughout his 23+year career in biotech, John has helped start and lead numerous innovative life sciences companies with product platforms. Prior to joining Flagship, John served as president of corporate and product strategy at Moderna Therapeutics (NASDAQ: MRNA), a Flagship Pioneering company, focusing on enterprise and portfolio strategy, program development, partnering, legal, and platform/product protection. He led the cross-functional team responsible for ensuring Moderna’s readiness for its initial public offering in 2018. John was also a member of Moderna’s board of directors from 2012-2018.

He has also held leadership roles at multiple additional biotech enterprises. John was chief knowledge officer and general counsel at Aurora Biosciences (acquired by Vertex Pharmaceuticals) where he also served as a board member; CEO of Adnexus Therapeutics, a Flagship company (acquired by BMS); executive chairman, founder, and interim CEO of Fate Therapeutics (a publicly-traded immuno-oncology cell therapy platform company); and executive chairman and CEO of Affinium Pharmaceuticals (acquired by Debiopharm Group).

John is co-author or co-inventor of over 210 publications and published patents. He is a founder and board member of Homes for Sudan, a non-profit in Boston, and a scientific advisory board member for Ocean Discovery Institute, a non-profit in San Diego. He has served on the boards of the Biotechnology Innovation Organization (BIO), as well as on three of Flagship’s companies: Moderna (NASDAQ: MRNA), Axcella Health and Editas Medicine (NASDAQ: EDIT). John currently serves on the board of Flagship companies Cogen Immune Medicine and Ohana Biosciences.