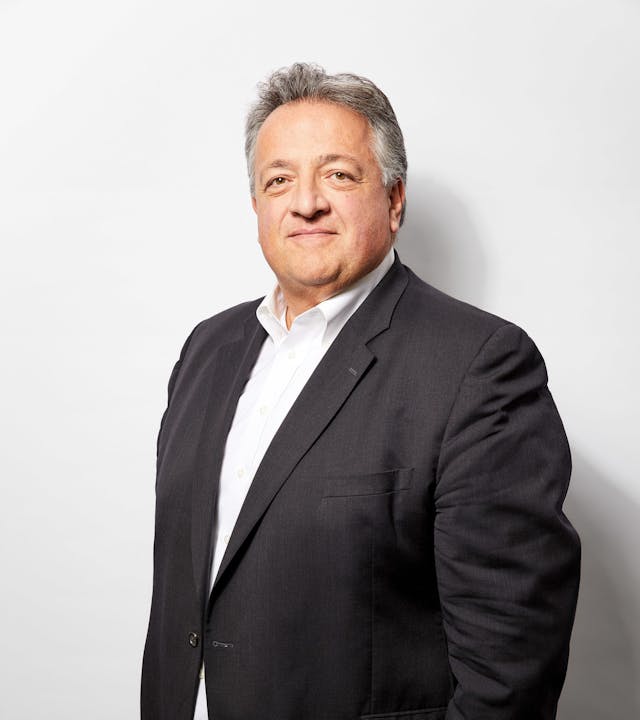 Noubar Afeyan is the Founder and CEO of Flagship Pioneering.

Noubar has dedicated his career to improving the human condition by systematically creating science-based innovations that serve as the foundation for startup companies. At Flagship Pioneering, which he founded in 2000, Noubar has created an enterprise where entrepreneurially minded scientists invent seemingly unreasonable solutions to challenges facing human health and sustainability. They begin by asking “What if?” and iterate toward the unexpected answer “It turns out,” resulting in the creation of first-in-category companies with significant impact. Flagship has fostered the development of more than 100 scientific ventures resulting in $80 billion in aggregate value, thousands of patents and patent applications, and more than 50 drugs in clinical development.

During his career as inventor, entrepreneur, and CEO, Noubar has cofounded and helped build over 50 life science and technology startups. Prior to founding Flagship Pioneering, Noubar was the founder and CEO of PerSeptive Biosystems, a leader in bio-instrumentation that grew to $100 million in annual revenues. After PerSeptive’s acquisition by Perkin Elmer/Applera Corporation in 1998, he became senior vice president and chief business officer of Applera, where he initiated and oversaw the creation of Celera Genomics.

Noubar entered biotechnology during its emergence as an academic field and industry, completing his doctoral work in biochemical engineering at MIT in 1987. He has written numerous scientific publications and is the inventor of more than 97 patents. He is a lecturer at Harvard Business School; and from 2000 to 2016 was a senior lecturer at MIT’s Sloan School of Management. He teaches and speaks around the world on topics ranging from entrepreneurship, innovation, and economic development to biological engineering, new medicines, and renewable energy.

Noubar’s commitment to improving the human condition through science and business goes hand in hand with social investments and a global humanitarian initiative. Together with his partners, he has launched philanthropic projects including the IDeA Foundation, UWC Dilijan School, 100 LIVES, and the Aurora Prize for Awakening Humanity to raise awareness of the world’s most pressing humanitarian problems. Noubar is a member of the Corporation of MIT (the Institute’s governing body) and a member of the board of overseers for the Boston Symphony Orchestra.

Noubar was born in Beirut to Armenian parents in 1962, did his undergraduate work at McGill University in Montreal, and completed his Ph.D. in biochemical engineering at MIT in 1987. A passionate advocate of the contributions of immigrants to economic and scientific progress, Noubar received the Golden Door Award in 2017 from the International Institute of New England, in honor of his outstanding contributions to American society as a U.S citizen of foreign birth. He was also awarded a Great Immigrant honor from the Carnegie Corporation in 2016, received a Technology Pioneer award from the World Economic Forum in 2012, and was presented with the Ellis Island Medal of Honor in 2008.